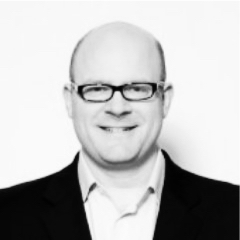 The hindsight 20/20 storytelling goes something like this… but my meandering career path was anything but planned.